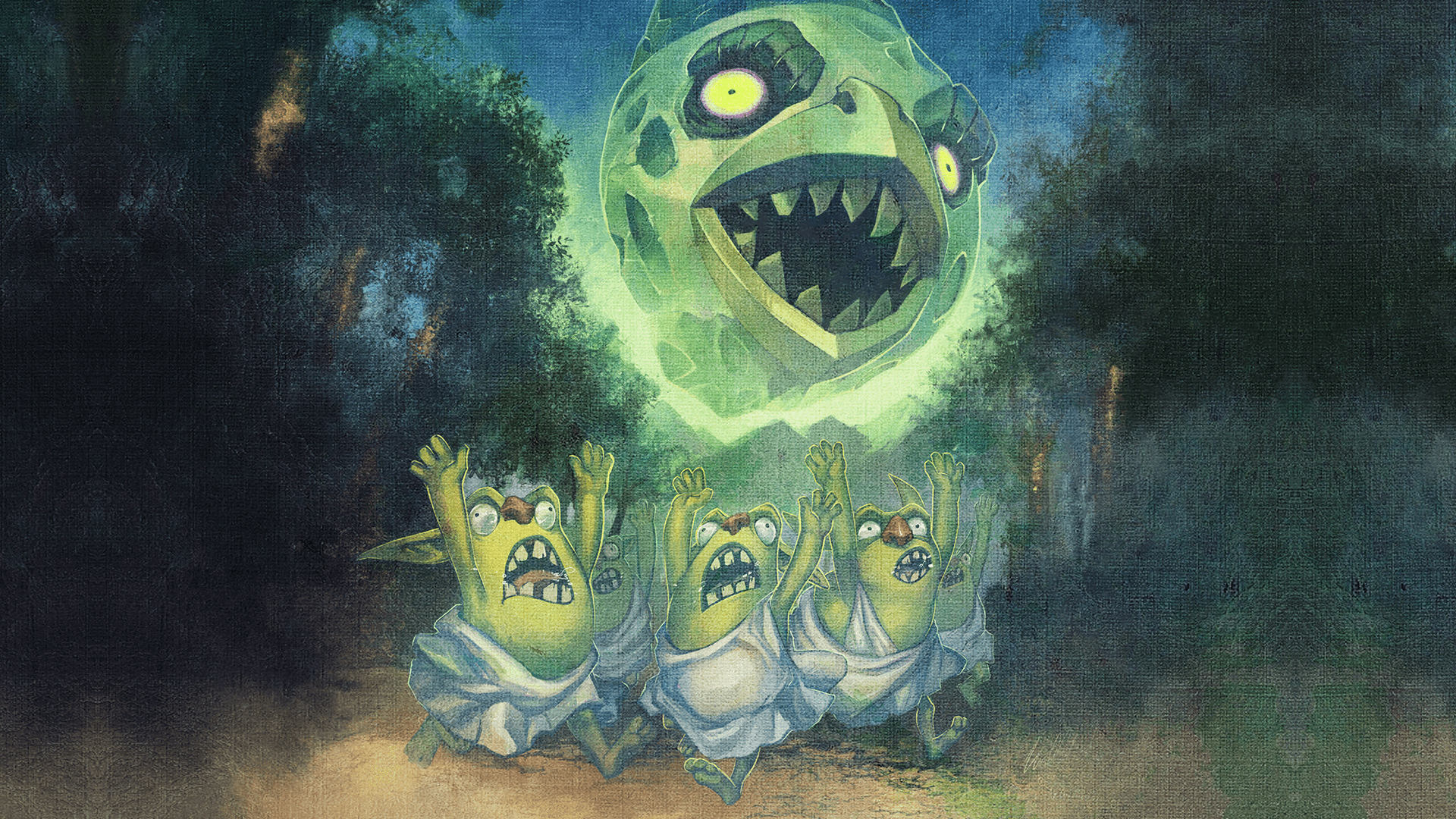 Take a seat, make yourself comfortable and lend your ear to our tale about the wonderful world of the clumsy yet mighty giblins…

Once upon a time, in a faraway land, prophecy foretold the rebirth of a dark power, an evil creature that would sow chaos and reap destruction in the world. Should it be reborn, this dread being, the dark deity known as Cluck’thulu, would herald an age of darkness and suffering for all inhabitants of the lands. Of course, such a fowl fate must be avoided.

Thankfully, great Heroes were also foretold. It was said that they would take up arms, gather and unite against the cultists trying to bring Cluck’thulu into the world. These valiant heroes were mighty warriors, fearless and terrifying in their strength, no one could resist them…

Regrettably, they overslept on the day Cluck’thulu appeared and were eaten by monsters before they could finish donning their armor, alas.

So... Cluck’thulu was reborn, unleashing monsters and misery throughout the lands. The world was thrown out of balance and its ordinary inhabitants—from lowly serfs to loyal knights, fairy tale princess gangs and barbarian garden gnomes—were forced to become heroes themselves... with varying degrees of success.

And what about you, my Liege? What is your glorious role in this grand adventure?

Why, to guide the Giblins in this new chaotic world and help them rebuild their home, the Crossroads Castle—

What’s a Giblin, you ask?

Why, Giblins are our very own strange species of industrious, mischievous goblin-like creatures. They are extremely hardy (one might even say indestructible, just don’t ask how we know), bouncy, squishy and rubbery.

While there are a vast number of individuals, Giblins seem to share a collective personality: fun-loving, hard-working... and perhaps not the sharpest tools in the shed. But who needs cleverness when you’ve got a Giblin’s incredible dedication?

It's true that among themselves, they might be laid back and prone to laziness, but in your service, the Giblins become steadfast and reliable workers. Under your wise guidance, Giblins will ensure all the day-to-day functions of running the Crossroads Castle... and in time, turning it into your very own mercantile empire! Mining, weaponsmithing, trade, ballet dancing… all are in your grasp, with the help of your loyal Giblins.

So, what say you, my Liege? Will you lead the Giblins and build the ultimate fantasy Castle? 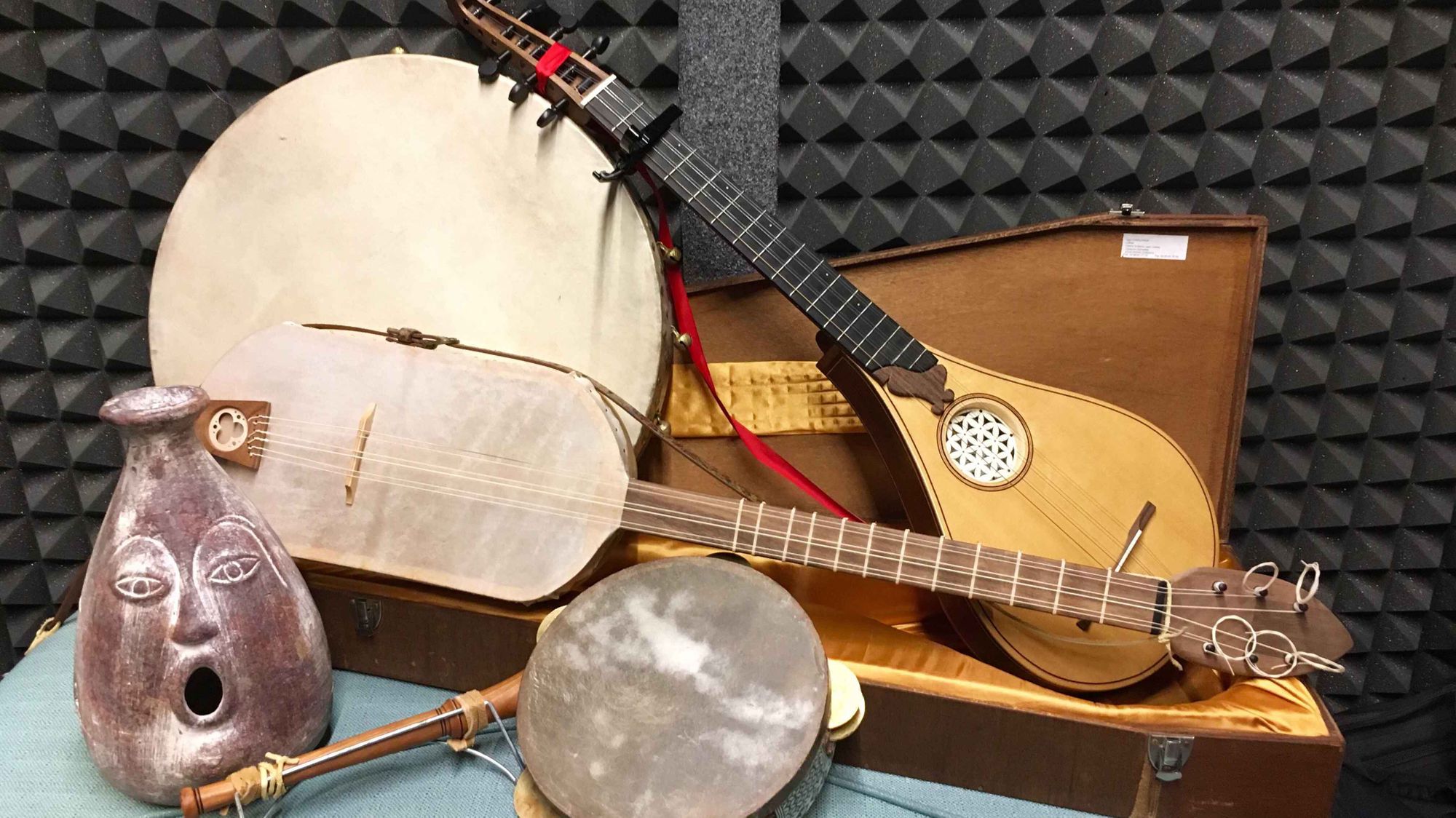 Senior Sound Designer Mathieu Lavoie tells us about how he worked on Giblins: Fantasy Builder sound effects and music. 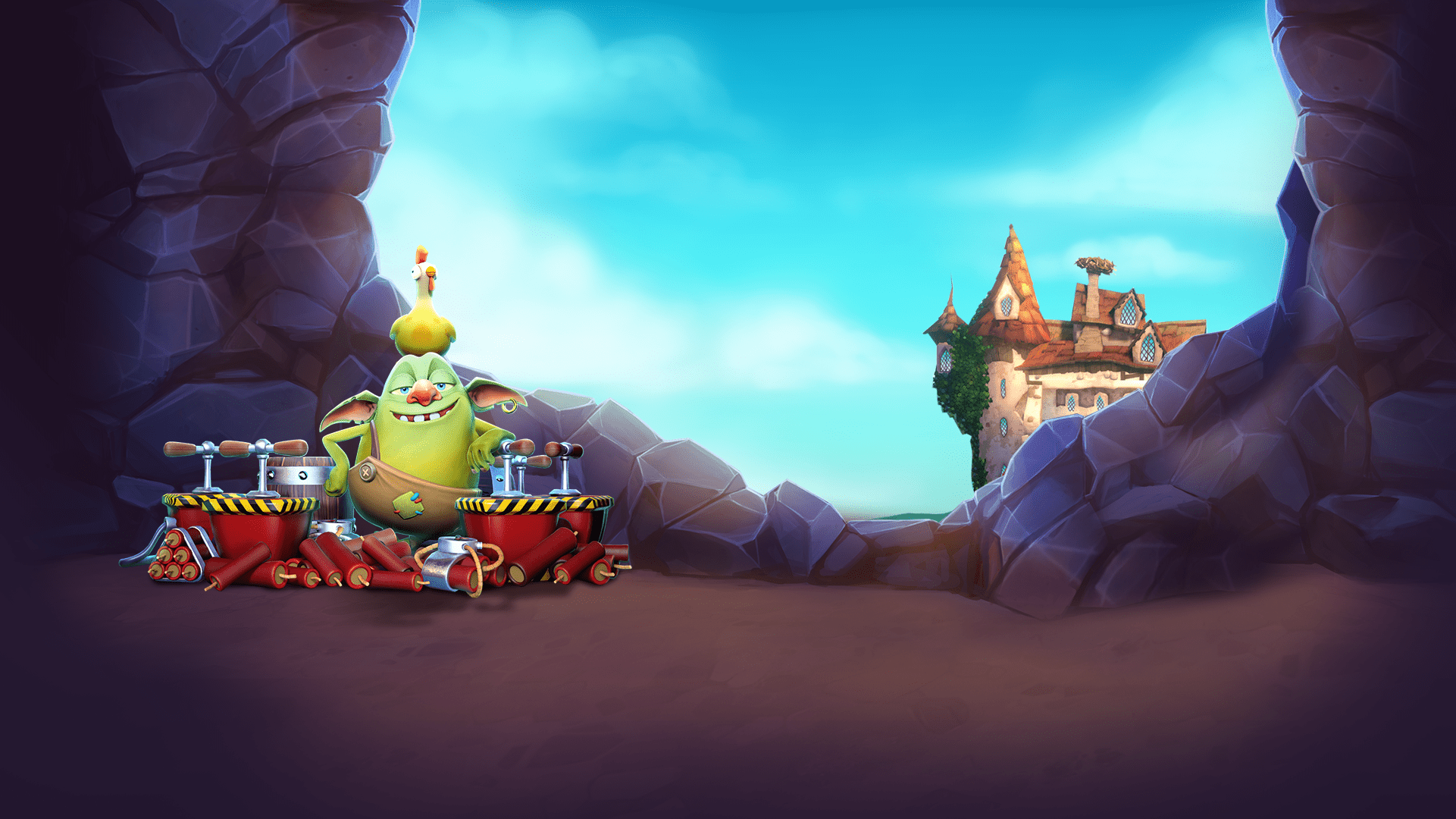 Hello, my Liege. We are proud to announce the launch of our brand new fantasy building game: Giblins: Fantasy Builder on iOS and Android!

Greetings, my Liege. Take a seat, make yourself comfortable and lend your ear to our tale about the wonderful world of the clumsy yet mighty giblins…